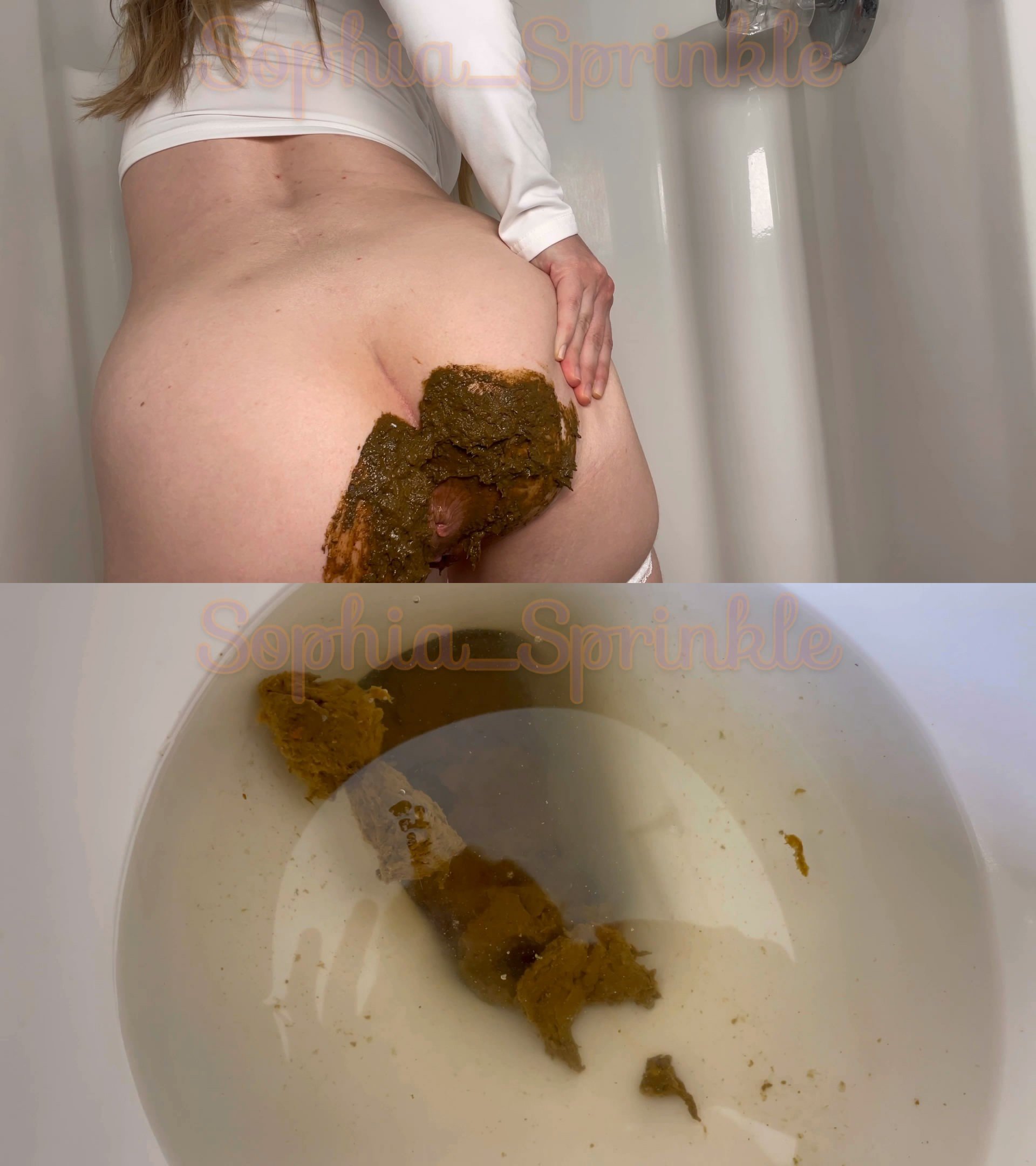 Sophia is super proud of this one!

After eating an excess of salad the day before, the tension in her bowels has built up to the point of extreme desperation!

Sophia finds herself wearing white panties and thigh-high socks in the shower when the infamous “urge” hits!

Moments later, naughty Sophia fills up her panties with super stinky mushy poop—and when we say “fill up”, that isn’t an exaggeration.

Once she pulls her panties down, the urge once again hits and she dumps out more soft shit from her divine little asshole.

Unbelievably, she *still* wasn’t fully emptied and continues to unleash farts, sharts and subsequent sweet turds into the toilet until finished.

Shot in 4K; featuring over EIGHT minutes of the hottest exclusive solo content Scat Shop has to offer. 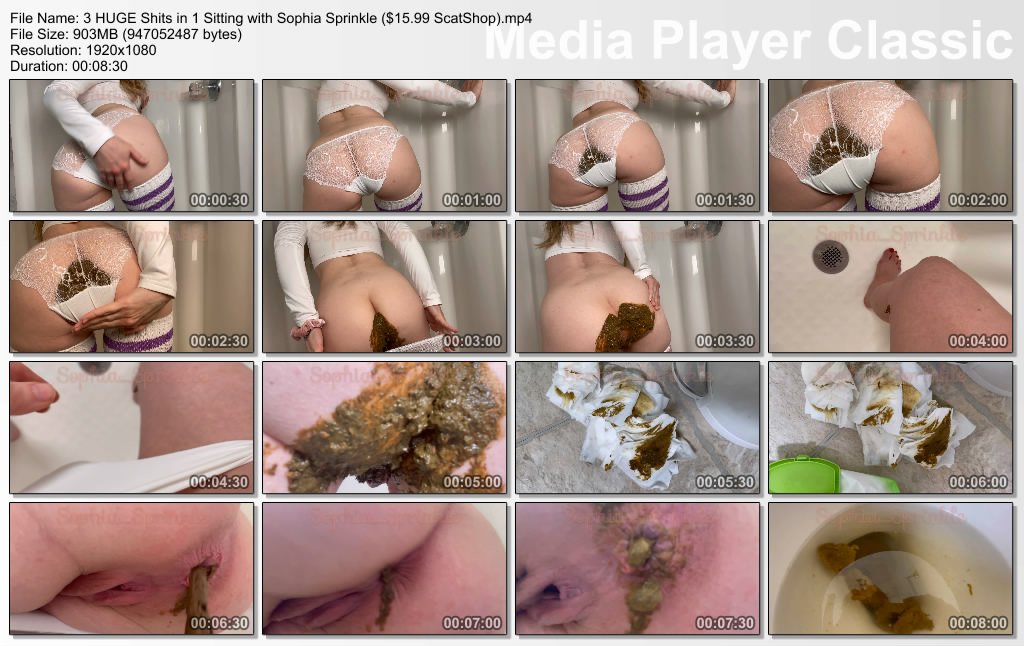