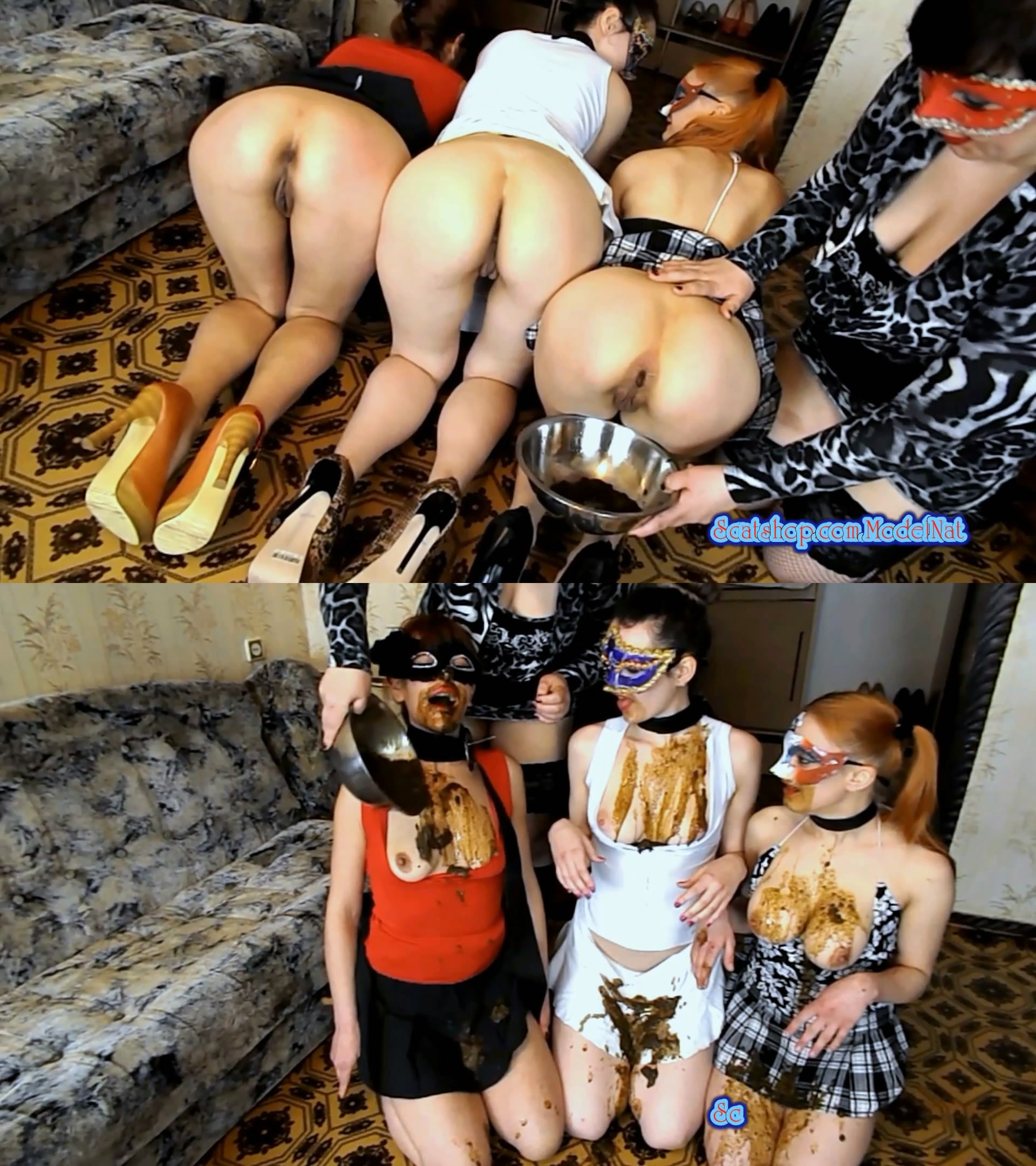 We love to experiment with dogs now we have three dogs and I, Alice and Caroline and Olga, our hostess, first video clip we sit on the knees we dressed leashes, Mrs. Olga ordered us to crawl around on my knees at the moment as we crawl on my knees Olga raises us skirts and bare our Asses, we continue to Troy to kneel in a circle, bare-ass naked. After Mrs. Olga showed you our naked butt, Olga put the bowl and filled it with shit and urine, after mistress Olga went to the toilet in a dog bowl we like obedient dogs in turn began to eat the shit out of a dog bowl. Oh God what is it delicious, but then the landlady put us a cancer on the knees and tells us to shit in a bowl, we start to take turns to fill the dog bowl with shit and piss, Alice first, then Caroline and I at the end, about three ass shit in one iron bowl, the bowl almost full of shit and urine, the landlady tells us to eat shit from the bowl, we take turns eating shit again our faces in shit. Then mistress Olga takes the leash in hand and leads us in a circle three obedient dogs with bare dirty feet. We crawl on our knees in circles and our Asses are filthy with shit. At the end of the video mistress Olga shakes shit on our Breasts. We’re all in shit and we’re crawling cancer on our knees in circles again. That’s entertainment for three docile dogs. 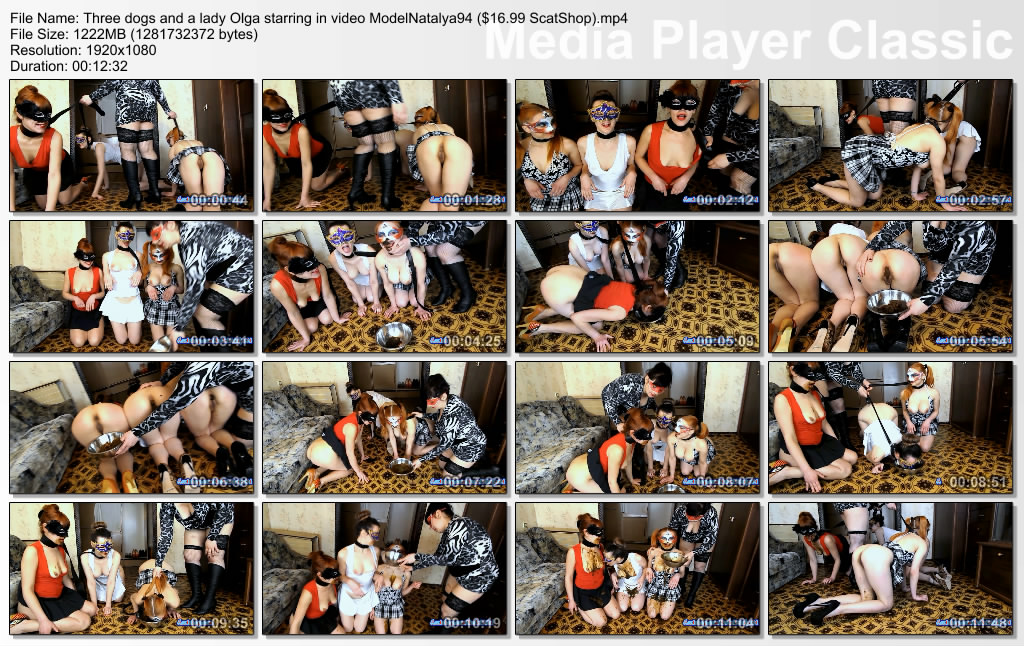