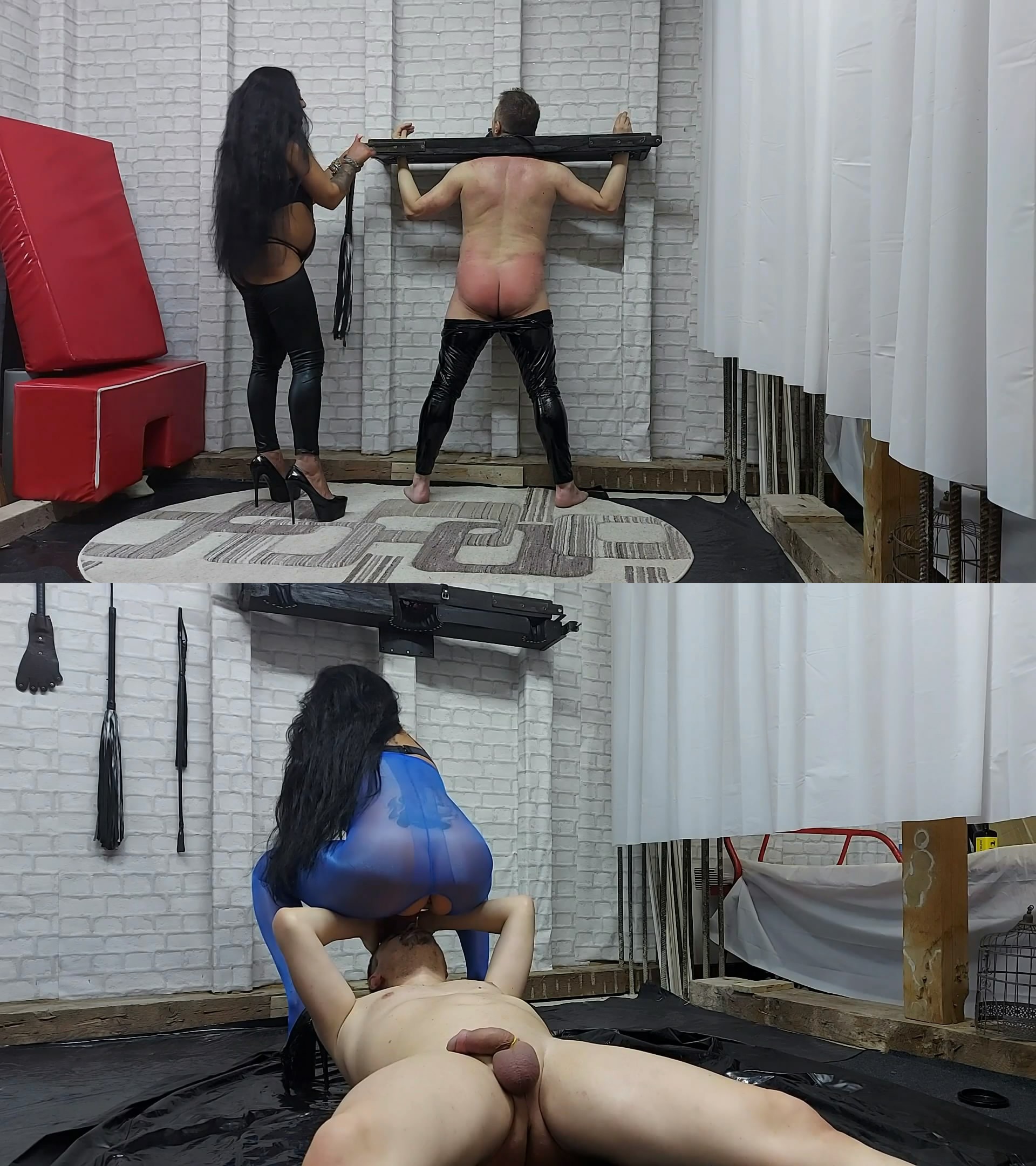 Anita finally got to use Faith in the studio of Mistress Andreea. Today she beat him, whipped him, kicked him in the penis and balls and then obliged him to swallow her piss and eat all her shit. Seeing that he was just chewing it, Anita started whipping him until Faith swallowed it all. 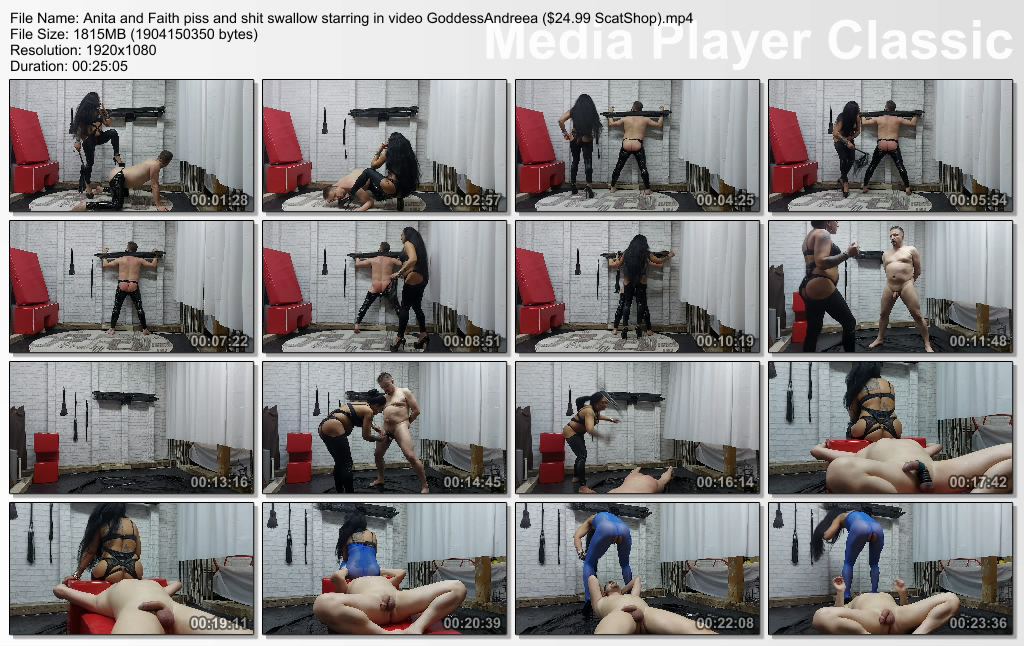