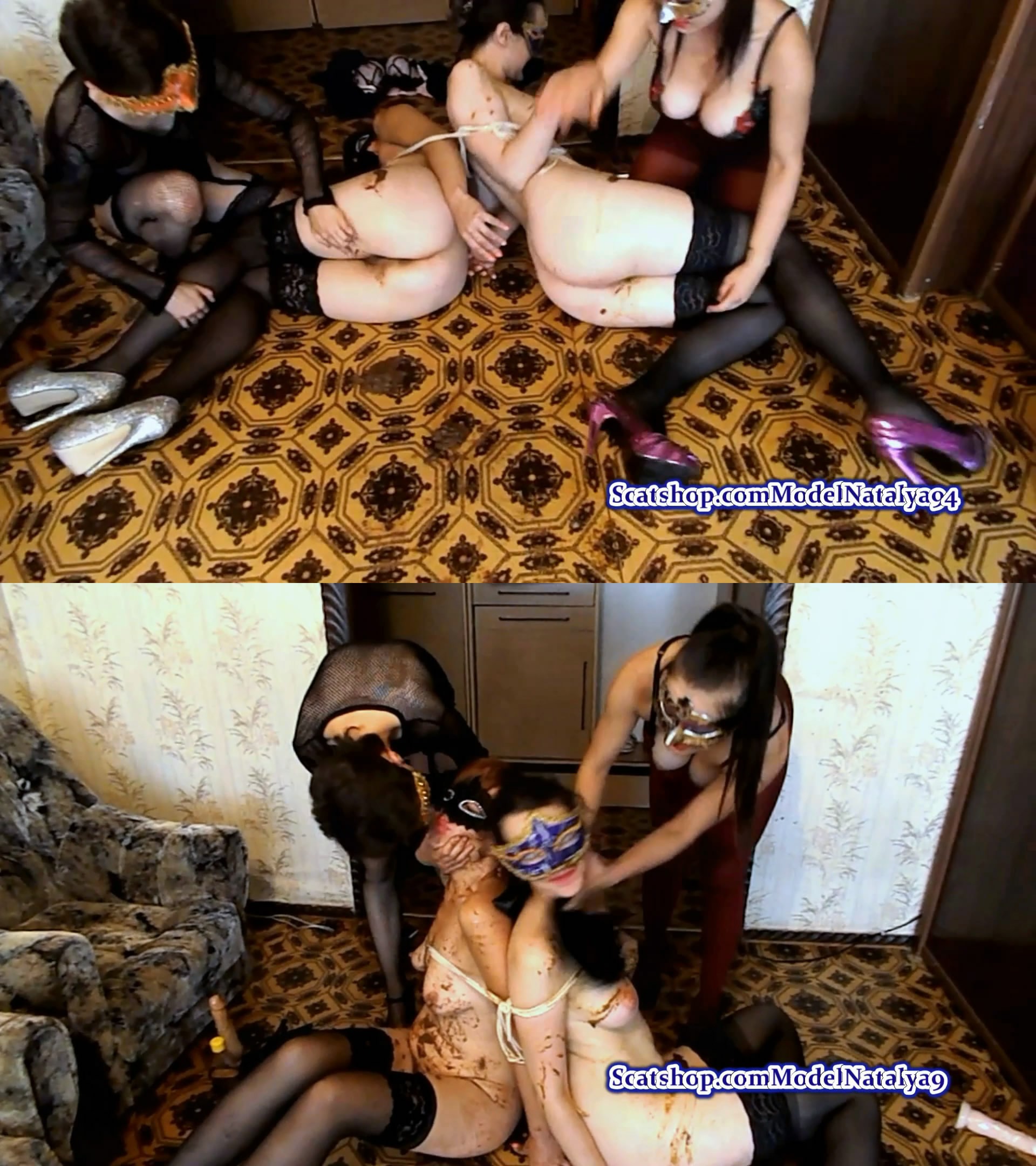 Hi, our lovely fans. Get ready to watch the video easy BDSM, where Yana and Carolina as slaves, and Tatiana and Alice in the role of Madam. Two unsuspecting beauties Jan and Caroline showed themselves in lingerie and admired themselves in front of Tatiana and Alice. But these two little girls conceived something wrong, they decided to use girlfriends and fuck them tied with a rope. In the beginning, the two couples would kind of caress each other and kiss. But then suddenly Tatiana and Alice took off their panties from the girls and put them in their mouths and tied them up with a rope so that Jan and Caroline could not resist. Then Alice made an enema for Tatiana and she released her diarrhea, which was already rushing to the ground, on Yana’s body. Splashes spread all over the body and flowed from the boobs down the tummy. Then Tatiana also gave Alice an enema and Alice also released her diarrhea on Caroline’s body. All the face and chest of Carolina at the same time was covered with Alice’s diarrhea. Then Tanya and Alice put the bound girls on the floor and fucked them with rubber phalos. Tatiana and Alice used a whip and belt to scare the girls and sometimes used them for Yana and Caroline. Very pretty and submissive were our slaves this time with cowards in the mouth and bound hands and bodies. I know that you imagine how it excites))) This is the video we have this time. Thanks who will appreciate! 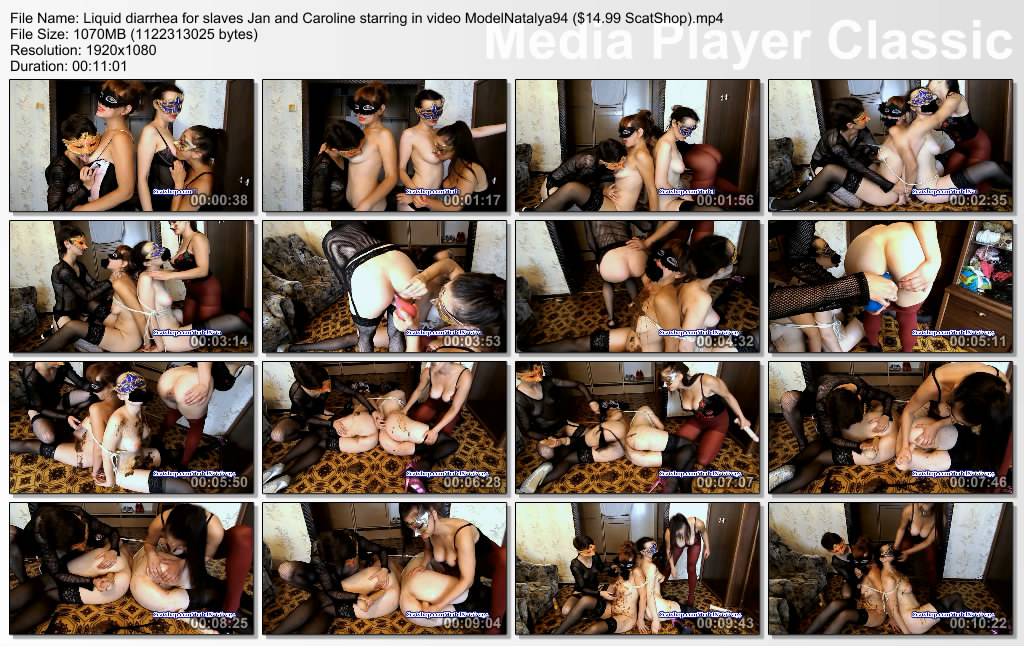