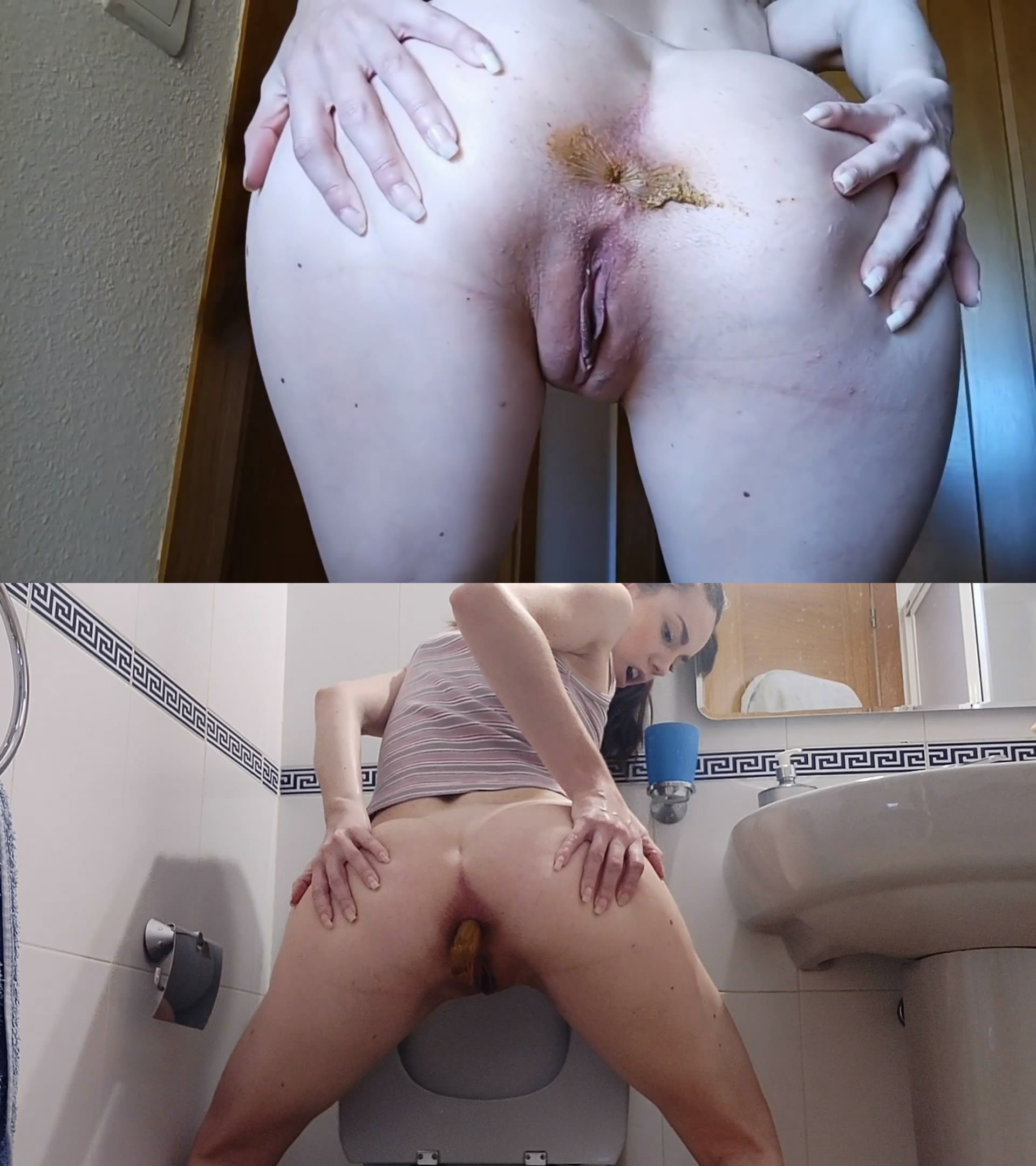 I bring you two videos in one: two shits from two different days; the first from the front and the second from behind. My shit, as always, comes out smooth, soft and light/medium brown. Pleasant and appetizing long boobs, which seem to caress your asshole while they are coming out. You will be able to see my faces throughout the process: those of effort, to give a push and those of rest and satisfaction at the end. Of course, you also have camera shots where I show up close all the final load together inside the toilet and the dirty remains of the walls of the toilet. In addition, I show my ass up close on camera grabbing my buttocks with both hands and winking several times so you can see my hole after shitting.
I hope you enjoy it! 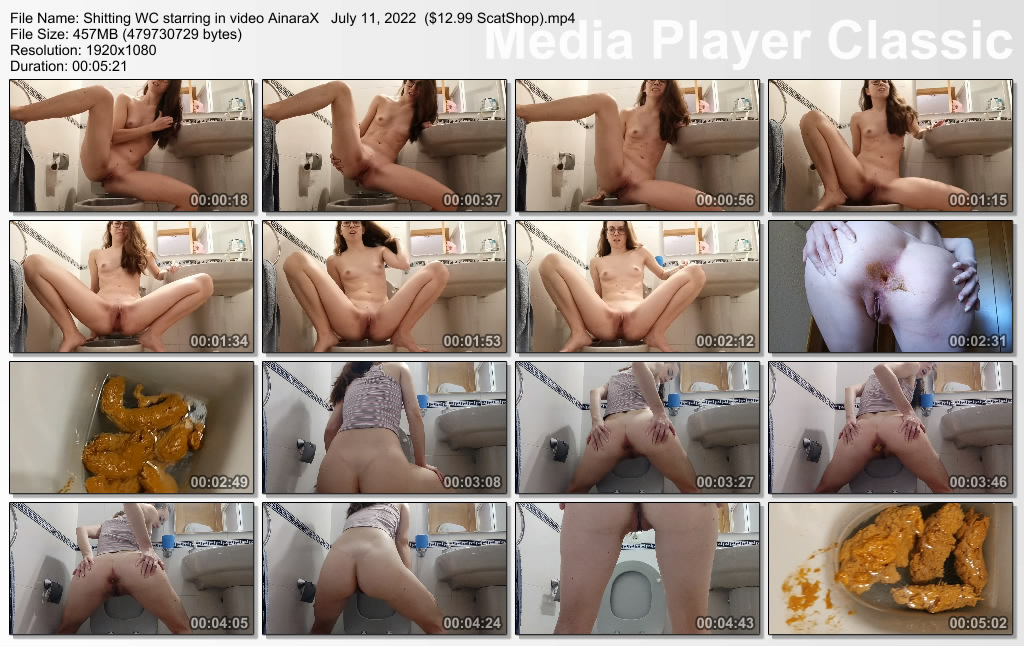