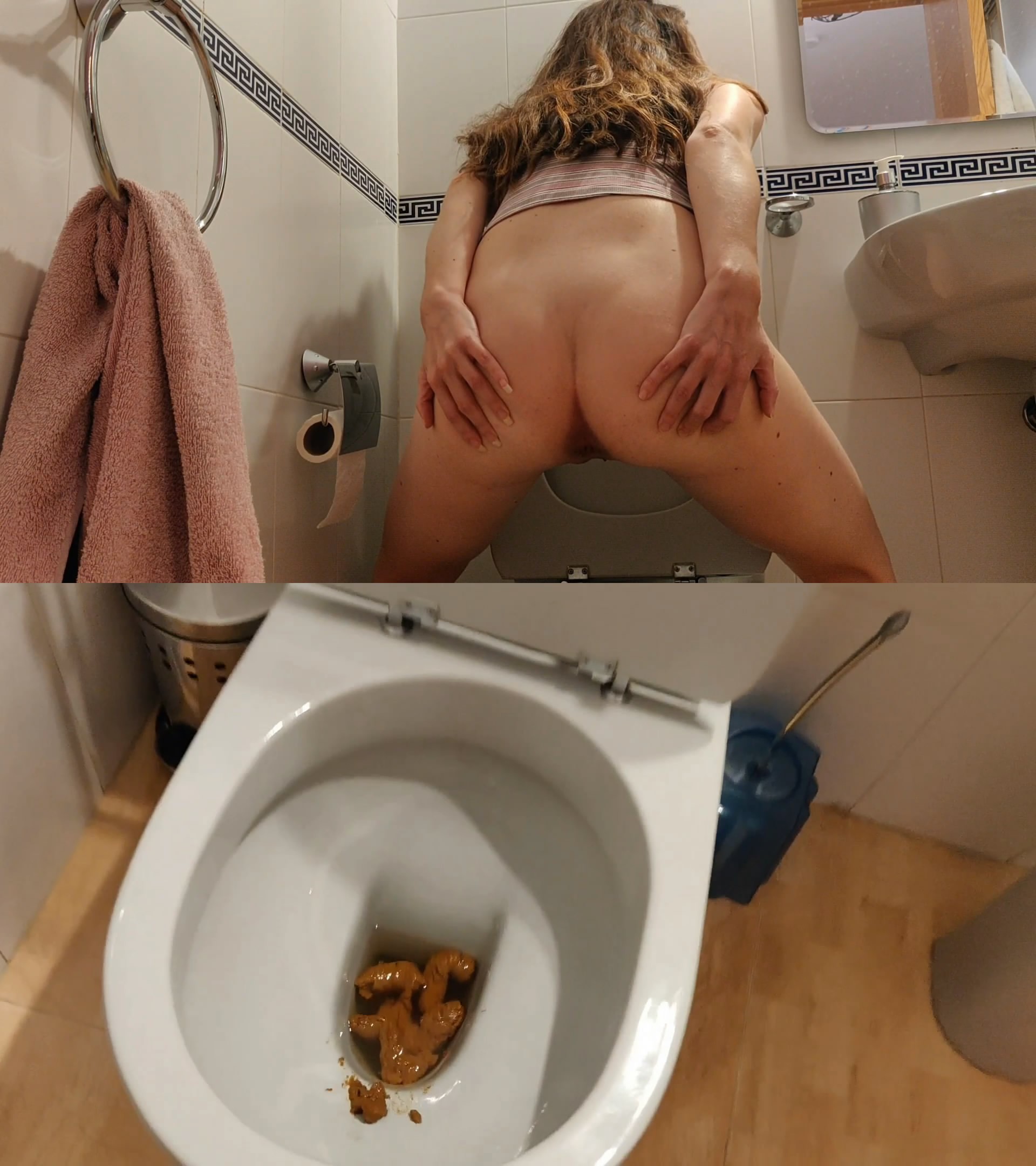 I’m going to shit in the toilet with my back to the camera. I throw several normal and somewhat consistent cairns. Some last piece resisted me a lot more… I couldn’t get out… I was really making a lot of effort but I felt that it wasn’t going to come out anyway. I have to sit down to rest several times because my leg muscles hurt… Then I squirted very hot pee. I rub my index finger down the poop-stained ass hole and bring it up to my nose to sniff it. how could i describe it? hmm… i really don’t know! … basically… it smells like shit and that’s it!? having that smell penetrating the deepest part of my nostrils was causing me fatigue and retching… even though in the video I’m controlling myself. In the end I can’t help but cough.. I also get to do a little twerk, hip movement and shake my ass. At the end you will see all the load in the toilet up close for you to delight and enjoy… 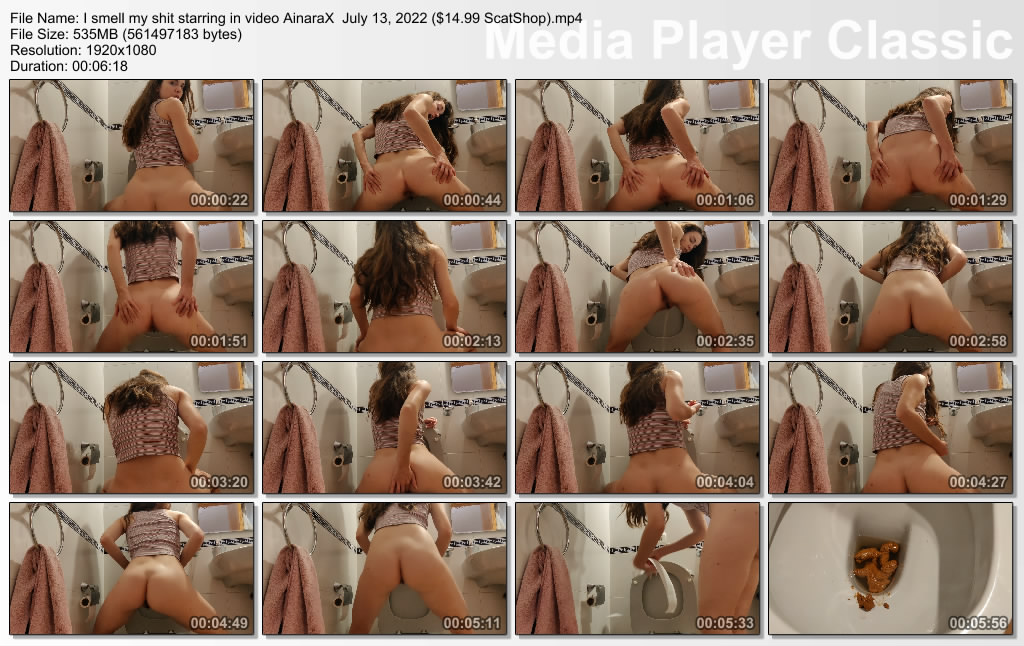